Elanora State School is always a whirlwind, and DJ Emily absolutely loves dancing and partying with all the students. It’s a full-day school disco with different grades at a time, and DJ Emily has so much fun that she doesn’t even have time to get tired.

In the morning, DJ Emily had the Grade 1 and 2’s, and they didn’t hold back as they showcased their best dance moves. They dominated at Gangnam Style, Watch Me Whip, and even followed along like champions as DJ Emily taught them the dance to 5, 6, 7, 8 by Steps! They sung along with Maui and the cast of The Greatest Showman and obliterated their games of Corners and Limbo.

Following the Grade 1 and 2’s was the 3’s and 4’s who were challenged to top the enthusiasm of the grades before them. And they surely held their own and had an amazing time at their first disco of the year. They sung along to Macklemore, and absolutely rocked the games that they played, especially how seriously they took musical statues! They also sung their hearts out to Let It Go, pretending that they were trying out to be Elsa for Frozen 2!

Then it was the Grade 5 and 6’s turn, and they came ready to bust a move and party their hearts out. They sing louder than any other grade in the school, and DJ Emily thinks she needs her hearing checked afterwards! They were so amazingly involved and were kept on their toes the whole time. Their game of corners was so nerve-wracking, the students could barely stay in their own corners when the bowling pin would spin to determine the winner! The last game they played was Knights, Mounts, and Cavaliers, a classic game that gets the students into pairs and encourages them to think while being quick on their feet. It truly demonstrated how clever they were, and their capability to party.

Lastly, at the end of the day, the Preps were treated to their first disco EVER! They absolutely killed it, dancing and singing, making sure their teachers and every single student was having a fantastic time. They rocked the Madagascar game and Musical statues, having an absolute ball and already getting excited for more discos in the future! It was a wild, amazing day, that will be hard for DJ Emily to top! 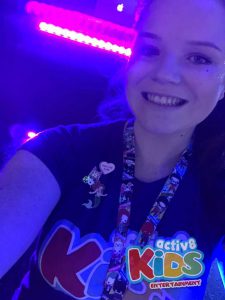 DJ EMILYSchool Disco
Get in touch today to book your next Kids Disco Party! Contact Us